50 Hours of Special Guests, Competitions and Over 120 Requests 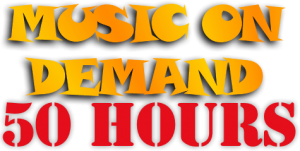 HRB played over 120 requests over the weekend of 21 – 23 September as its Music on Demand marathon broadcast was lve for 50 hours.

Presenter Roger Scott started things off at 5pm on Friday with former presenter Mark Evans taking over at 9.   Live broadcasting continued through into Saturday with everyone who had a request being entered into a prize draw.

More prizes were given away on Saturday donated by local businesses and the requests were continuing from around the hospital as Saturday turned into Sunday as Ben Cox presented overnight and Chairman Dave Leonard started Sunday. 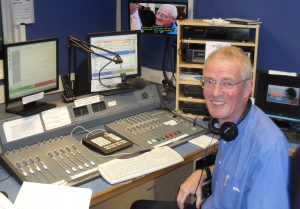 There were two prize draws for everyone who had had a request over the weekend with the winners picked by the team on the switchboard. 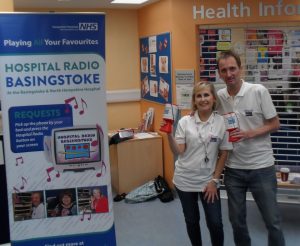 The team were also out at the front of the hospital talking to visitors and collecting requests and donations on both Saturday and Sunday afternoon, and as Matt Oakley closed the 50 hours at 7, the phone calls were still coming.

Thanks to everyone who was part of the weekend both on air and behind the scenes and the generous companies who donated prizes.