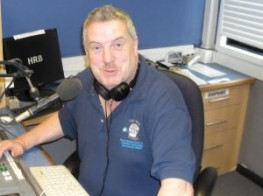 Celebrating the Memories of London 2012

It's 3 years since the fantastic summer we all remember when the Olympics and Paralympics came to London.  But what of the legacy?  What happens in Olympic park now?

As the Anniversary Games return to London, Neil Ogden presents a special show looking at before, during and after that special summer.  The build-up, the day the torch came to Basingstoke, the opening ceremony with THAT parachute jump and Super Saturday, and the Park Champions who have taken over where the Games Makers left off.

The Sound of Sunday celebrates the London 2012 Anniversary, Friday 24 July at 5pm