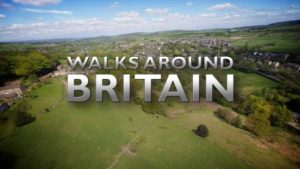 Many of us have discovered walking over the last year as our exercise to get us out of the house during lockdown.  Encouraging the benefits of walking has been at the heart of the Walks Around Britain TV and podcast series for over a decade and now the highlights of some of those programmes will feature in the coming weeks on HRB.

He is an Ordnance Survey #GetOutside Champion, inspiring more people to get outside and discover walking.

Information about the series can be found at www.walksaroundbritain.co.uk and the best of the podcasts can be heard in the coming months on HRB starting on 7 March at 12pm.