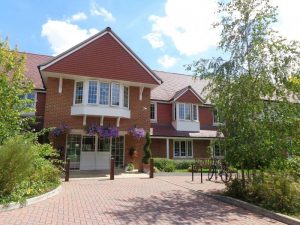 Cherry Blossom Manor in Bramley will be pulling the crackers in this year’s Great Christmas Cracker Dash on 12 December.

The event, which forms part of Neil Ogden’s Sound of Sunday Big Christmas Show, involves the residents pulling the crackers, telling the jokes and then making a request and has been part of the show for over 20 years.

Usually the crackers are pulled by staff and patients but for the second year running, ward rounds are not possible, so after the success of last year’s event with St Thomas Care Home, Cherry Blossom Manor were keen to get involved.

The show is the traditional start of Christmas on HRB with special guests and competitions plus requests from around the wards also part of the live show on Sunday from 1.