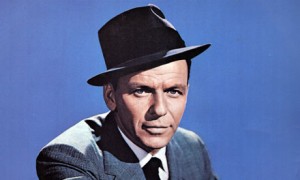 Frank Sinatra's "My Way" has once again been named as the record that has had the most requests on hospital radio in the UK in 2017.

The number 1 was revealed at the end of the National Hospital Radio Request Chart, which was compiled from over 23,000 requests collected by hospital radio stations around the UK.

It was the 14th annual chart compiled by Radio General's Mark Snowden.

The top 10 is as follows with the full chart available on the show's website at www.requestcharts.org