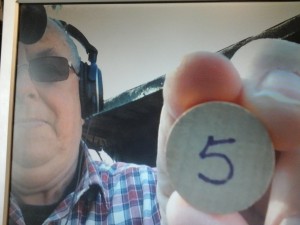 Paul Le Feuvre joined presenter Neil Ogden live on air once again to pick the weekend's Sainsbury's Draw winner.  Peter, who was on C floor was the winner of a goody bag provided by Sainsbury's at Liphook and the prize was delivered later on that afternoon.

Everyone who has a request at the weekend on HRB gets a number in a prize draw and the winner is chosem aroun d 2.40 every Sunday afternoon.