Most Requested of the 21st Century 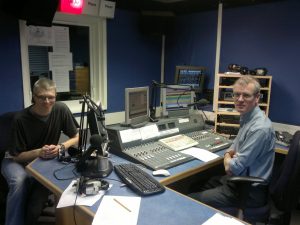 HRB has revealed that Robbie Williams received more requests than anyone else since January 2000.

The announcement came at the end of a week counting down HRB's Most Requested of the 21st Century.  All the team took part playing a few songs each day right up to a 7 hour show on Sunday 8 January when Neil Ogden was joined by former members Steve Fox, David Blower and Sarah Beattie for the final 100.