National Hospital Radio Awards 2022 to be Announced on 29 August 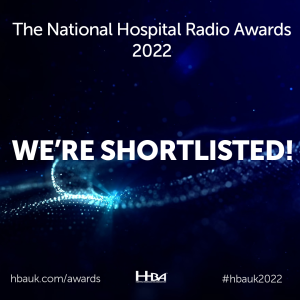 The winners of the National Hospital Radio Awards 2022 will finally be announced in a virtual awards show on Monday 29 August 2022.

The annual event, which is organised by the Hospital Broadcasting Association, celebrates the thousands of volunteers that donate their time to hospital broadcasting each year and the high quality of programming that they produce.

The winners will be announced online at 8pm.