The Sound of Sunday Series 31

Out and About at Alton's Party in the Park 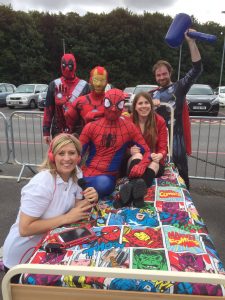 It was another fundraising weekend for the North Hants Medical Fund and HRB was there to cover the event live.

It was the second time the charity, which raises money for essential equipment at Basingstoke and North Hants Hospital, has organised the event, and once again it saw an array of teams pushing their beds around the course.

Mel Montagnon and Paul Le Feuvre presented the coverage, describing the action and talking to som eo those taking part.

A good time was had by all and hopefully a lot of money was raised too.