The Big Broadcast on HRB for 24 Hours 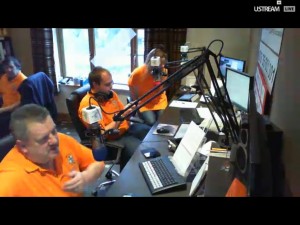 40 hospital radio stations in the UK and Ireland are joining together for the New Year's Eve Big Broadcast.

The show is on the air live for 24 hours until mid-day on New Year's Day and includes requests from many of the hospitals where their stations are taking part.  HRB's Neil Ogden has already talked to three patients on the air.

The show will also include the nominations for the 2016 National Hospital Radio Awards when they are announced in the early hours of New Year's Day.