The Emperor comes to HRB 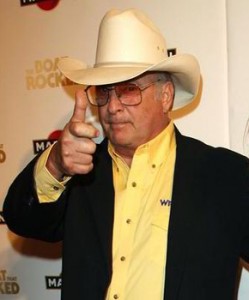 Emperor Rosko grew up in Los Angeles where his neighbours included Brian Wilson and The Jacksons. With a movie director dad, Elvis was also no stranger to the house.

He was a big part of pirate station Radio Caroline in the 1960s before becoming part of the launch team at BBC Radio 1.  He went on to become a radio legend working at Radio 1 for many years as well as Radio Luxembourg and much more recentlty Virgin Radio.  He worked on TV too, hosting a number of editions of Top of the Pops and even as a brief host of children's TV show Crackerjack.

And now he's coming to HRB for a 7 week run of his two syndicated shows that are on the air around the Uk and across Europe.

Fresh each and every week from Los Angeles, Rosko packs in the latest Hollywood news and the Hollyweird, the latest music news and those things that can only happen in America. all wrapped up in six decades of great music.  It's a show you'll enjoy wherever you are.

Fridays on HRB from 19 February.

The latest hot news and gossip in the world of Country Music. Two hours each and every week from Los Angeles.  Something new and different for country music fans on a Sunday evening at 7.