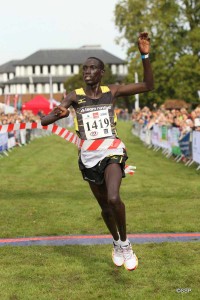 HRB will be covering the action at two big sporting events over the next few weeks.

For the second year running, HRB will be teaming up with Radio Tyneside to broadcast the closing stages of the Great North Run on 13 Seotember.  Radio Tyneside is the hospital radio station for Newcastle and their annual coverage of this major event has given them success at the National Hospital Radio Awards.  HRB will join them for the closing stages of their coverage.

Then on 4 October, HRB will be live from Basingstoke's War Memorial Park for the 5th Basingstoke Half Marathon.  This annual race has become a major Basingstoke event with thousands of runners tackling what is widely seen as one of the most challenging half marathon courses of any race.

So join us for The Great North Run on 13 September from 12.30pm and the Basingstoke Half Marathon from 10.30am on 4th October.