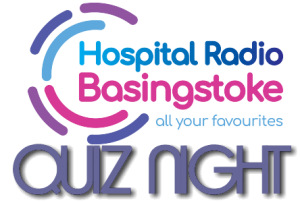 The first ever virtual HRB Quiz Night raised a fantastic £800 for the station.

Over 40 teams took part in the event, which was held on Zoom.  It was the first time the station has held such an event although previous quiz nights held at the Basingstoke Irish Centre have been successful too.

The prize was a gift voucher from John Lewis and a good time was had by all.

The station now hopes to organise another quiz night, either online or in person, later in the year.