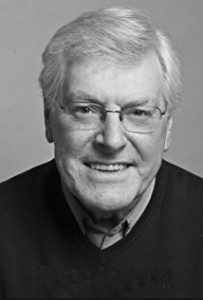 Blue Peter presenter of the 1960s and 1970s Peter Purves will be a guest on Neil Ogden's Sound of Sunday later this year.

Blue Peter celebrates its 60th birthday later this year and The Sound of Sunday will be marking the occasion with several Blue Peter names from the past.  Already featured have been presenter Mark Curry and the director and producer who worked on the show for nearly 40 years Alex Leger.  Chris Booith, the VT editor who recorded Lulu the elephant has also featured.

All the Blue Peter guests can be heard in September.