It was another fast moving festive Christmas morning as HRB played requests for patients and staff around the wards.

Dave Warren and Neil Ogden prsented the show which also included two festive goody bags to give away thanks to Sainsbury's at Liphook.

Everyone who had a request was given a number and Father Christmas himself chose the two winners, one of which was on the children's ward. 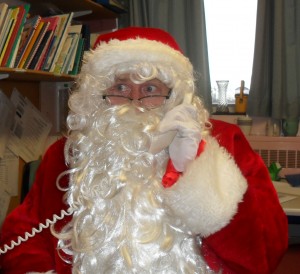