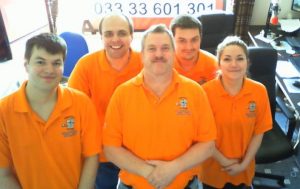 They had a year off last year, but were back for 48 hours in April, and now the New Year's Eve BIG Broadcast hits the airwaves of HRB once again – bringing 2017 to a close and ushering in the new year.

The show will be on the air for 24 hours this time, with entertainment, quizzes, requests and live music in the lounge that really is a lounge!

40 stations have so far signed up to be part of the show which will start at mid-day on 31 December.  There is also a growing list of celebrity guests involved including Andi Peters, Matt Allwright, and Debbie McFee.

Listeners will have the opportunity to send their requests into the show and yes, the live lounge music is back.