HRB On Show at Sainsbury’s in Tadley 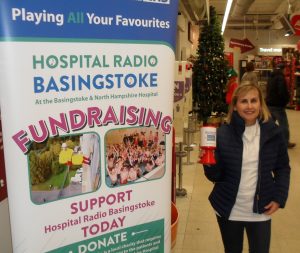 HRB On Show was back out and and about at the weekend at Sainsbury's in Tadley.

The team was present in the store all day on Saturday 2 December, collecting donations and talking to the customers about the station.

There was even a famous customer, as former Arsenal and England goalkeeper David Seaman came in and made a donation while passing by.

There were some very full collecting tins by the end of the day so thanks to everyone in Tadley for giving to HRB so generously.