HRB has once again opened its doors to the staff of Basingstoke and North Hants Hospital to allow those people who awork at the hospital to come and see the station and find out more about what it does.

Among those who have visited so far have been Liz Padmore, Chairman of the Hampshire Hospitals NHS Foundation Trust and Donna Green, Director of Nursing.

Also visting was Councillor Roger Gardiner, the Mayor of Basingstoke.

The station is on air for 13 hours of request shows from 9am this morning through to 10pm tonight and so far has collected around 80 requests to be playeed during the day. 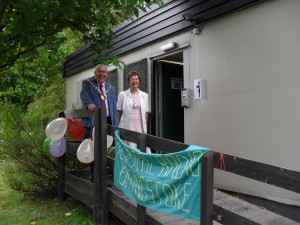