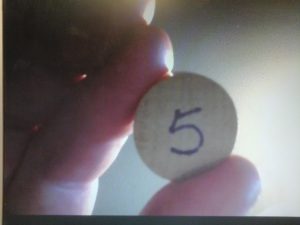 Another winner has been picked in HRB's weekly Sainsbury's prize draw.  Everyone who had a request at the weekend was entered by being given a number and it was number 5 that was picked by drawmaster Paul Le Feuvre.  That number belonged to Jennifer on C floor who won herself the Sainsbury's goody bag from Sainsbury's at Liphook.