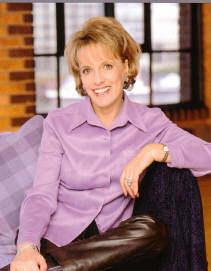 She's known to millions as a consumer champion and peoples campaigner on all sorts of subjects and this Sunday she will be in conversation with HRB.

Dame Esther Rantzen will be chatting in particular about Silverline, the charity helpline for older people.  She'll be talking with Boh Lowe who over the last few years has been an active and well known supporter of the charity, appearing on numerous TV and radio programmes.  She'll be choosing her favourite songs and talking about her life and the causes she supports.