Mike Harding, a Bus Rally, Froyle Fete and a Half Marathon – Summer on HRB

MIKE HARDING FOLK SHOW Mike Harding comes to HRB with his famous show with the best in folk music.
OUT AND ABOUT LIVE FROM THE ALTON BUS RALLY AND RUNNING DAY – This event is one of the largest bus rallies in the country and we'll be there live for a special 90 minute show.  Join Elliot Moyle and Payge Aitchison on 17 July at 12pm. 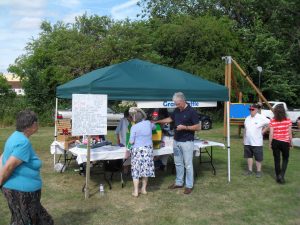 THE 70TH FROYLE FETE A Sound of Sunder Summer Special comes from this annual village fete in the village of Froyle just outside Alton.  We'll be sampling the atmosphere, talking to some of those who are there, there'll be live music and we'll give 3 people the chance to win an HRB mug in the Brain Teaser.  Join Neil Ogden on 31 July at 12.30pm

MUSIC ON DEMAND FOR THE RESIDENTS OF BASINGFIELD COURT AND ASHLEY HOUSE – Our new request show for two of our local care homes continues on Sunday 7 August at 4pm. 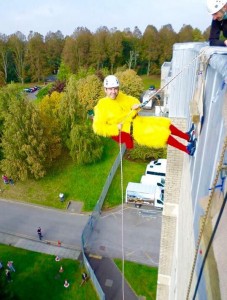 NORTH HANTS MEDICAL FUND ABSEIL – For the second year, this important hospital charity is holding a  fundraising abseil at the hospital right outside HRB's door!  We'll be there for a special hour-long show and one member of HRB will be abseiling live on air too!   Join us in the morning of Saturday 10 September.

BASINGSTOKE HALF MARATHON – It's Basingstoke's biggest event of the year and once again we'll be there live to bring you all the action.  We'll talk to some of those taking part, and describe the action as it takes place around the roads of North Hampshire.  Sunday 2 October from 10.30am.