Money from the Mayor

Hospital Radio Basingstoke has been officially presented  with an extremely generous cheque for £12,758 from the previous Mayor of Basingstoke and Deane – Cllr Tony Jones.

Hospital Radio Basingstoke was one of the Mayor’s chosen charities last year, and members were delighted to receive the outstanding donation, which has bought the station a new and much-needed mixing desk. The remainder of the money will go towards the cost of a new studio to broadcast from, with the current studio in desperate need of replacement.

The members of HRB would like to thank the people of Basingstoke, and the staff and patients of the North Hampshire Hospital for their continued support. 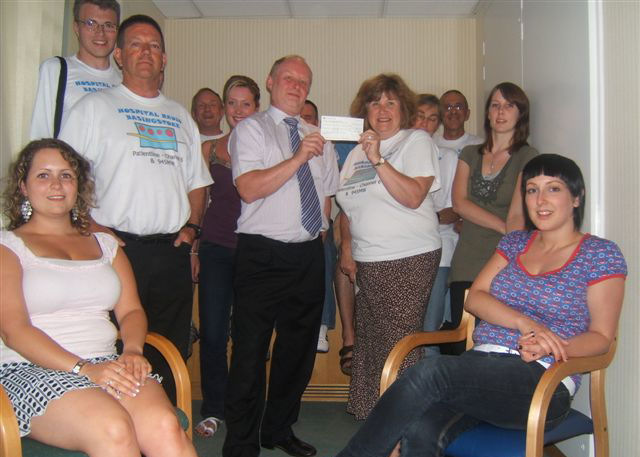