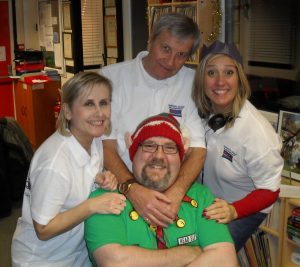 The centre piece of the show was the annual Great Christmas Cracker Dash around the wards with crackers being pulled by staff and patients.  Ben Cox, Roger Scott, Mel Montagnon and April Haywood were the team around the wards pulling the crackers and also entering staff into a draw to win a family ticket for a member of staff to see the panto Peter Pan at the Anvil in Basingstoke.  There was also the regular Sainsbury's prize draw for patients and the Brain Teaser competition too. 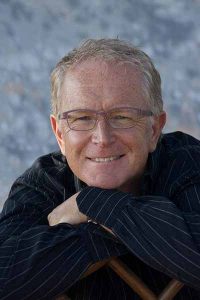 Mark joined us to talk about his time on the show ahead of the big 60th anniversary celebrations next year and is one of a number of Blue Peter related guests that will appear on the show in the coming months.

Also on the show, Andrew Agnew and Gary Turner from Peter Pan at the Anvil, Richard Smith talked about the New Year's Eve BIG Broadcast and there was a link up with Hospital Radio Reading.

Finally, the final hour was chosen by the residents of Basingfield Court in Old Basing in the regular monthly Residents' Requests show.

It all added up to 5 frantic hours of festive radio fun!