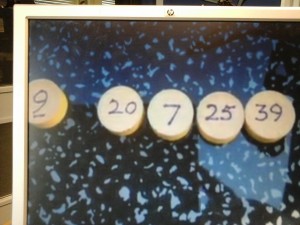 43 patients were entered into the draw and Paul Le Feuvre picked 5 winners live on the air from Alton.  The five winners were Tricia on E3, Douglas on F2, Fred on E4 Joan on D4 and Penny on C4.

As well as the Sainsbury's Goody Bag, a £10 Sainsbury's Gift Card was given as the second prize as well as 3 HRB mugs.  The gift card was courtesy of Sainsbury's and Richard Smith's Big Broadcast last December.