The BIG Broadcast Back for New Year’s Eve 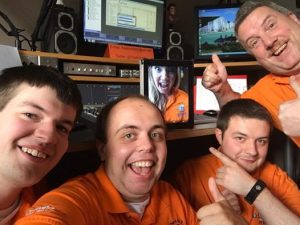 Richard Smith and his team will return for another BIG Broadcast on New Year's Eve.

HRB will once again be joining in the 24 hour radio extravaganza, which will start at mid-day on New Year's Eve and se in the new year with plenty of entertainment and great music.

As usual there will be a variety of special guests joining in.

Kaye Adams, Nadia Sawalha, Matt Allwright and and Jackie Woodburne are among those who will be part of the show along with over 20 hospital radio stations who have already signed up.

There will be plenty of opportunity for listeners to get involved by caling in their request free from thier bedside phone.