The six hour live show also featured the cast of Dick Whittington at the Corn Exchange as well as many other special guests.  Then there were crackers, bad jokes and loads of requests in the Great Christmas Cracker Dash. 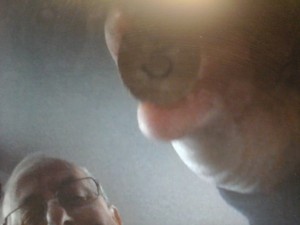 Margery from F Floor was picked as the winner of the top prize in the Sainsbury's draw and Amy who was working on the delivery suite had her number pulled out of Paul le Feuvre's bag of balls to win a family ticket to see the Anvil Christmas panto.