Pantos Old and New this Christmas on HRB 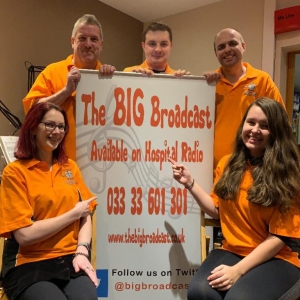 They’ve been a regular part of HRB’s Christmas schedule for the last 30 years and they will be on air again in 2019 but for one final outing, along with a brand new panto courtesy of The BIG Broadcast team.

In the late 80s and early 90s, the HRB Christmas Panto was a regular annual event.  Recorded in one day in December each year and written by members at the time Gordon Hunter and Mark Evens, they put an HRB twist on traditional Christmas pantos, although for final one, it was Star Trek themed.

They starred the members of the time as the different characters, with Steve Fox as the narrator.  There was A Christmas Carol, Where There’s a Will There’s a Way, Cinderella, Peter Pan and The Trouble with Dribbles.

Programme Controller Neil Ogden says he has fond memories of the one that he was involved in, especially with one particular line taking 45 minutes to record without everyone laughing, but after 30 years, they probably do sound a bit dated so after one last outing will be consigned to the archives.

There is brand new panto fun though as part of the BIG Broadcast as Richard Smith and his team put their twist on Peter Pan on New Year’s Eve at 6pm.  The HRB pantos will be part of the Morning Mix from 17 – 20 December.